"We like to share our songs to other people. I think that some people, they love our singing." - Sheba Fernando (Wangatunga Strong Women's Group from ABC TV Sunday Arts Program) 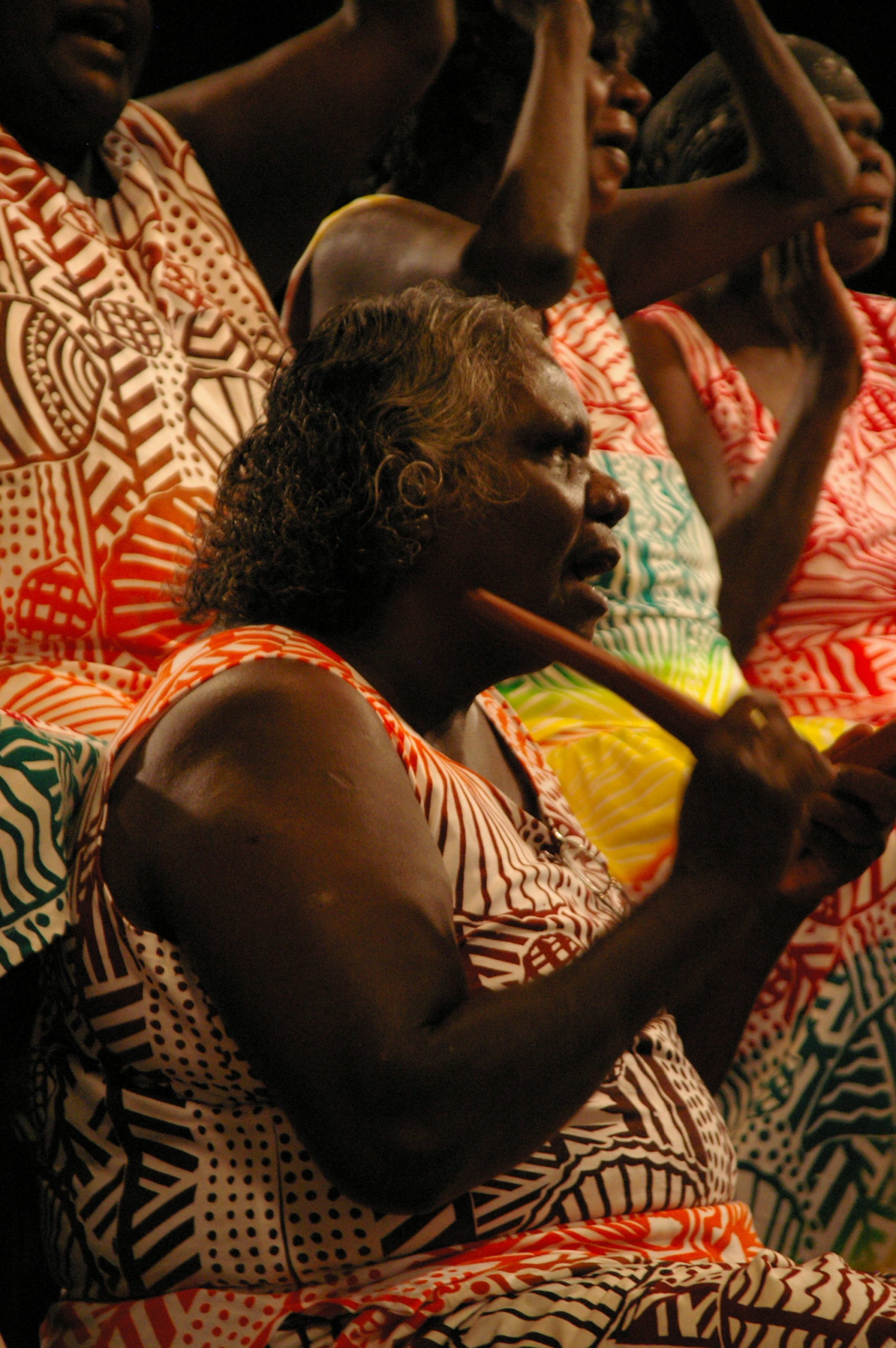 “It’s very important for us..just like we come together like this as a group. That’s how we feel that we are strong…..Her music is coming to our music and it’s going to be one” – Judith Puruntatameri. Wangatunga Strong Women’s Group. From ABC TV Sunday Arts program

“You know how there’s always one show that really gets you excited? There’s a real buzz about it and you think, this is going to be that one that nobody really knows about and it’s going to be fabulous?” – Julia Christensen 105.7 ABC Radio Darwin

“…….I also enjoyed watching the dynamics between the two groups on stage. You could tell they had spent quite some time together, but this was the first time in front of a large crowd. It was lovely – the respect between the two and the musical connection was a pleasure to witness.” – Chryss. Audience comments blog. Darwin Festival website.

“I thought the Tiwi women were the highlight of the festival, with the combination of the jazz group….. It was fantastic to see women so strong and so healthy – real role models. I think it is very sad that many people don’t see that side of their culture. I think the interaction of their culture and our culture was incredible. Loved it. Absolutely the best. We need more of this.” – Bea. Audience comments blog. Darwin Festival website.

“Festival director Malcolm Blaylock said the festival’s growing popularity was a tribute to the top-class Territory acts. ‘The most popular shows throughout the festival, in terms of us having to turn people away, were Geoffrey Gurrumul Yunupingu, Wildflower and Ngarukuruwala’ Mr Blaylock said.” – From the Northern Territory News 27.8.07