Over the course of the project’s development and success there has been a renewed interest in the old songs, with young people wanting to learn from the women and we have begun the process of studying the old songs which form the basis of the Ngarukuruwala project.

The work of the group in the future will be, therefore, a drawing together of a number of threads; maintenance and sharing of Tiwi songs at a community level, the role of those songs in the context of contemporary performance and the desire to be part of the rediscovery and preservation of archived recordings of old Tiwi songs. 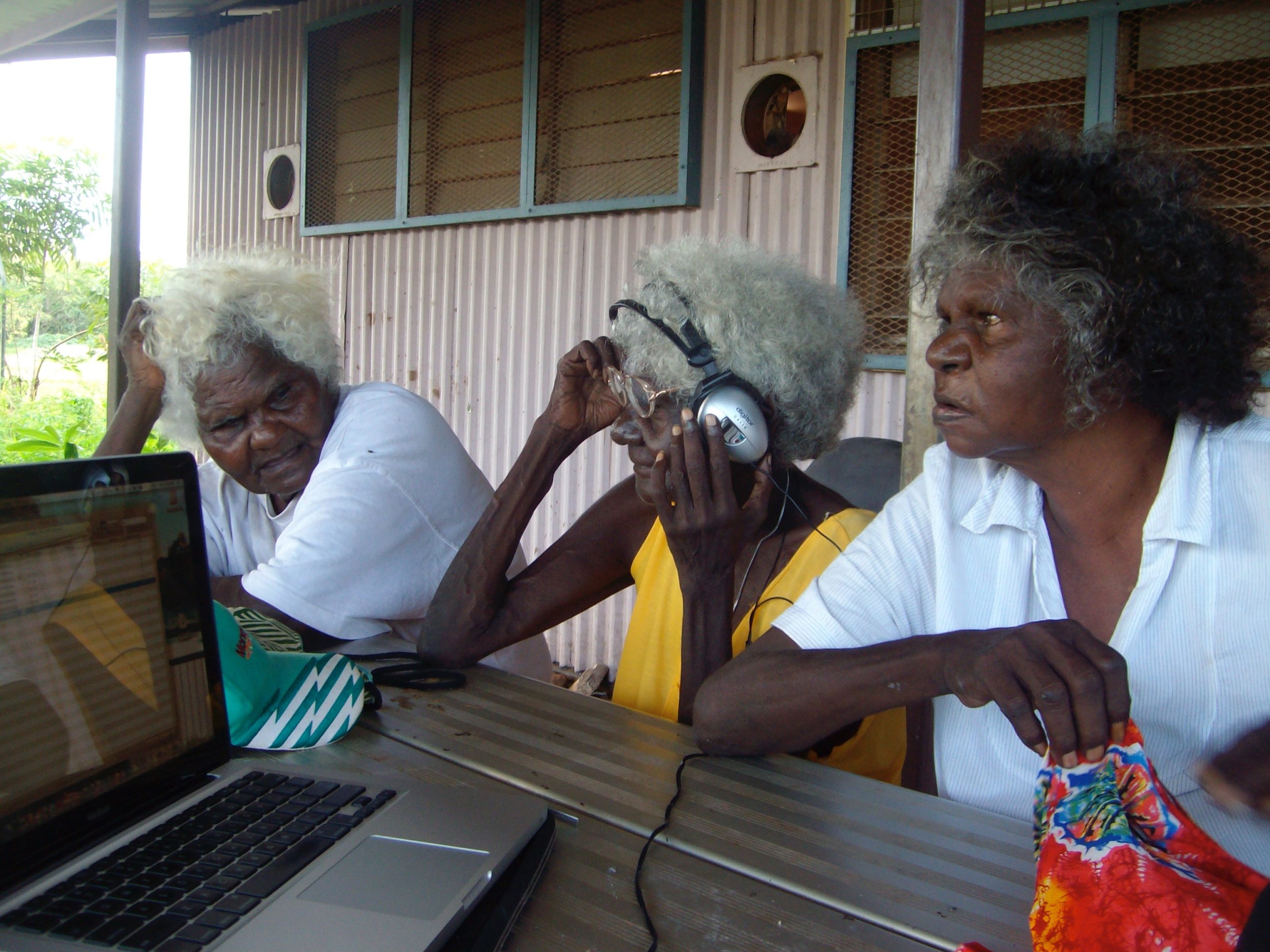 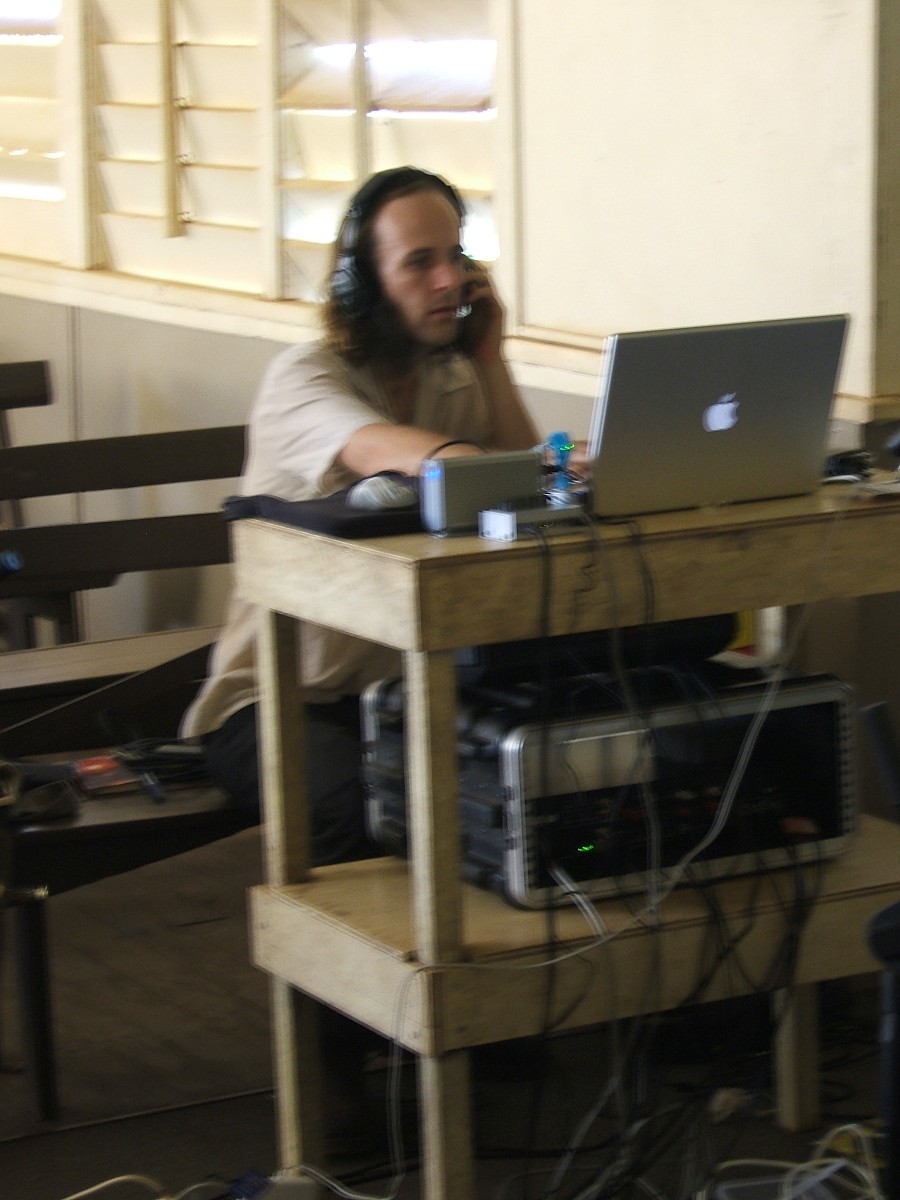 As part of a project to repatriate archived recordings to the community, we have been listening to some Tiwi songs that were recorded in 1912 and haven’t been heard on the islands for generations. We have found that there is a close connection between these old performances and their contemporary versions presented within the context of the project and on our CD. Some of them are sung in almost exactly the same way.

Considering these songs are (as far as we know) being heard for the first time in Nguiu after 97 years, this is quite extraordinary and shows a strong tradition in the transmission of oral culture. We are exploring the protocols surrounding gaining permission to include these in future performances. This will enhance the connection of the Tiwi people to their country and history through the songs and create a meaningful and tangible sense of continuity across generations of the Tiwi culture for the audience.

While working together primarily as musical colleagues within the context of collaboration between musicians of a very old musical culture (Tiwi) and those of a relatively young one (Jazz), we now also have the relationship of teachers and students in an ongoing heuristic process of studying the songs we are performing together.

In the Ngarukuruwala collaboration, a song may be (melodically and harmonically at least) hardly recognisable from its ‘traditional’ version, but it is seen by the women and therefore the whole ensemble as the same song. 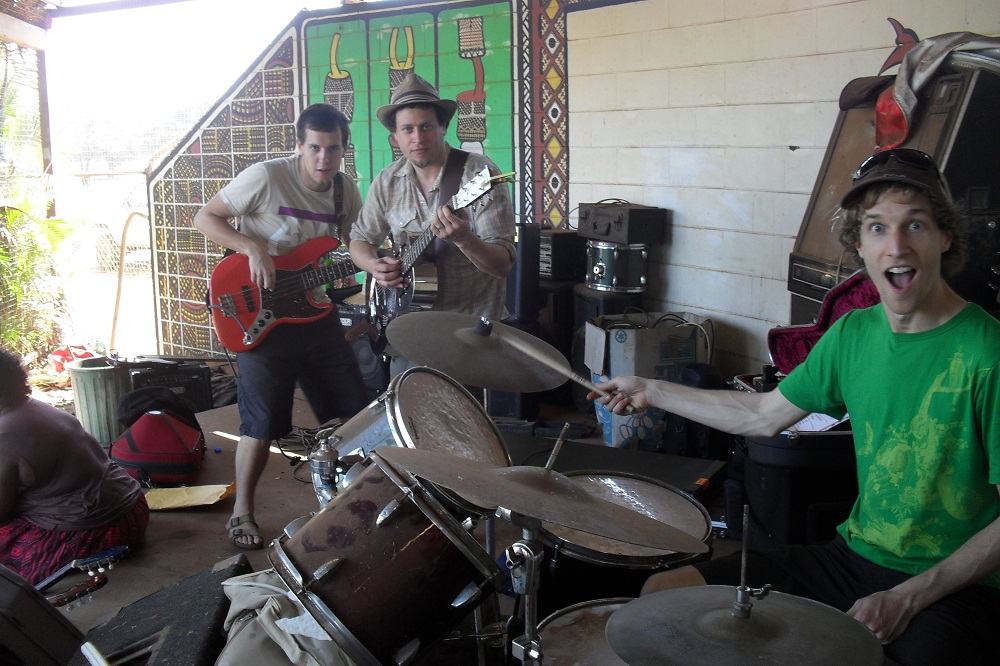 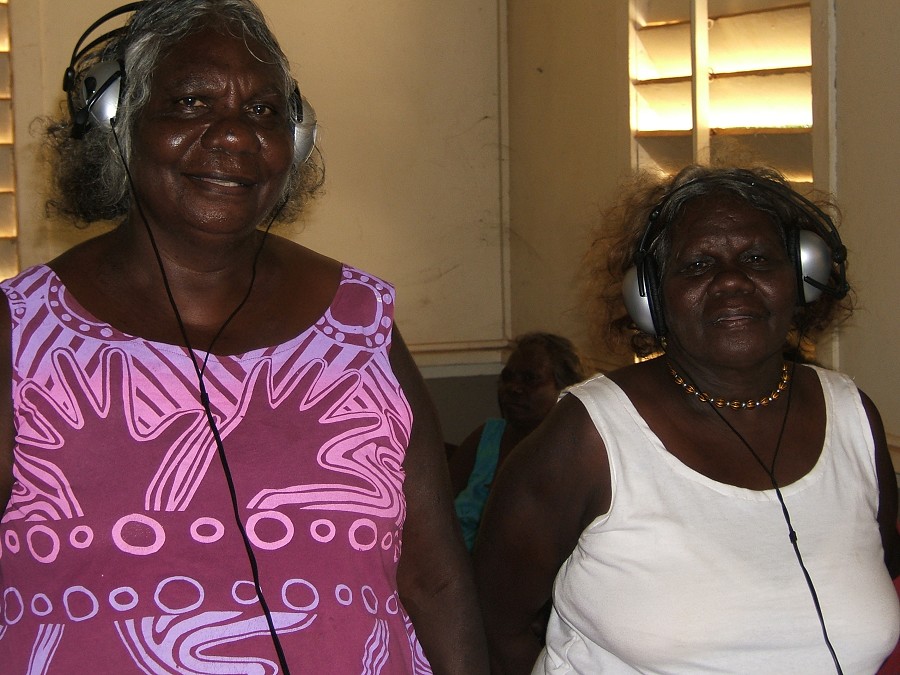 The meaning and resonance of the song have survived the process of re-invention very much intact. The fact that the CD of the collaboration recently won Best Traditional Music Recording at the 2008 NT Indigenous Music Awards attests to this.

Within the context of the Indigenous Music Industry, our CD, with its reggae, blues, swing, contemporary jazz and classical arrangements, has been received as ‘traditional’. Though the musical styles we’ve used are not Tiwi, the language, the stories and the depth of tradition inherent in the songs make them still very much Tiwi songs.

For the Sydney musicians, working with the Strong women from Nguiu has been (and continues to be) an inspiring and humbling experience. The depth and complexity of the songs they know is something we have only just begun to understand and we look forward to learning more from them as we continue our work together documenting the old songs and in the performance of their contemporary versions.

Although there have been variations in Tiwi songs over the years they still very much embody the irumwa (dreaming) and murrakupupuni (country) of the women and their people. 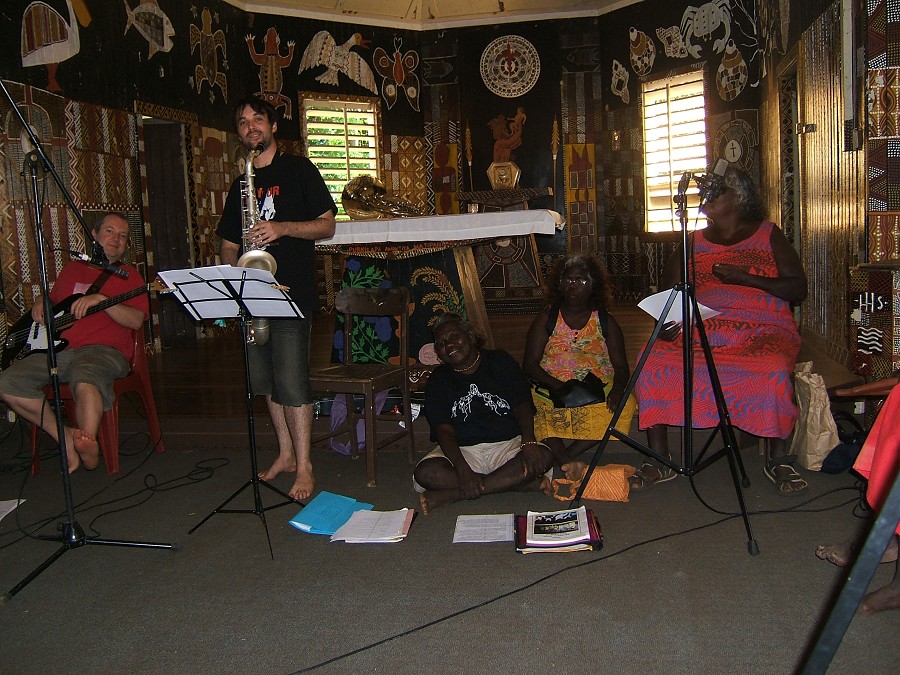 The aim of the project is to create an ongoing connection between Nguiu and Sydney musicians as well as continuing to develop the interest in the old songs that are being shown by young Tiwi women and girls.

It is hoped that in the future young women will join the singing group and that Tiwi language and stories will be passed on strongly and proudly therein.

This is an opportunity to inspire a social discourse between the women and their granddaughters (and grandsons, although so far it is mostly the girls who show interest) through a renewed interest in the songs and stories and language.

The small children who spend a lot of time with their grandmothers have been fascinated on-lookers at our “rehearsals”. 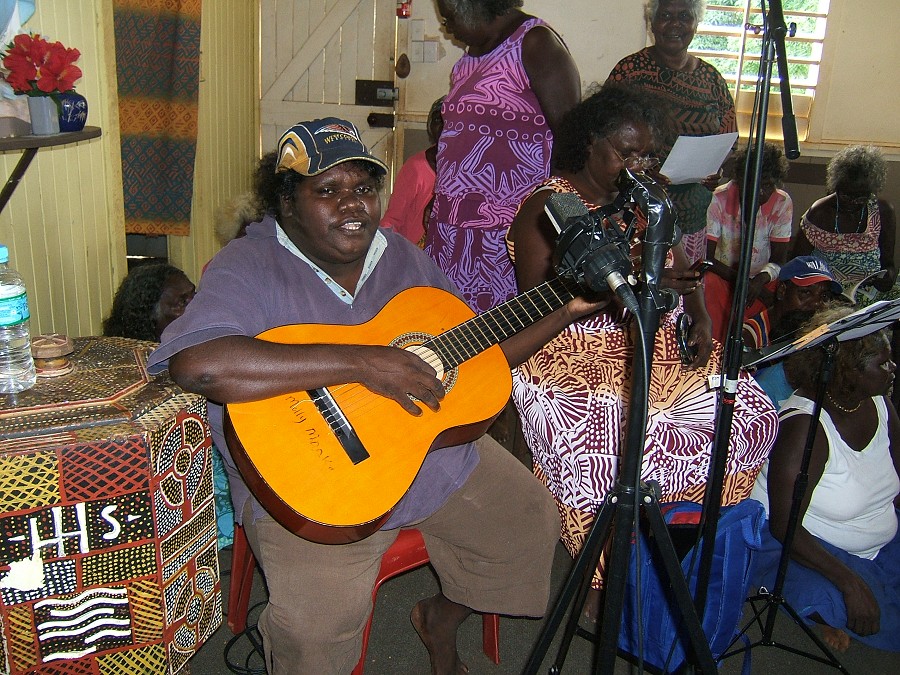 Also, some women in their mid-twenties are beginning to attend meetings at the women’s centre when we get together to discuss future plans for the group. This injection of youth has indeed started.

Three young women joined us in July 2008 for the first time. They knew the songs but had not previously thought they should be part of the group. The older ladies are thrilled to have them.