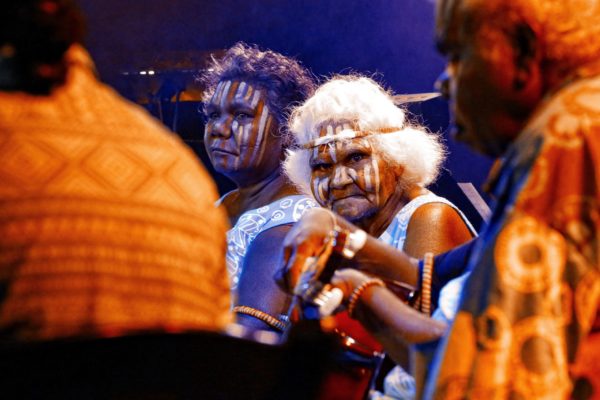 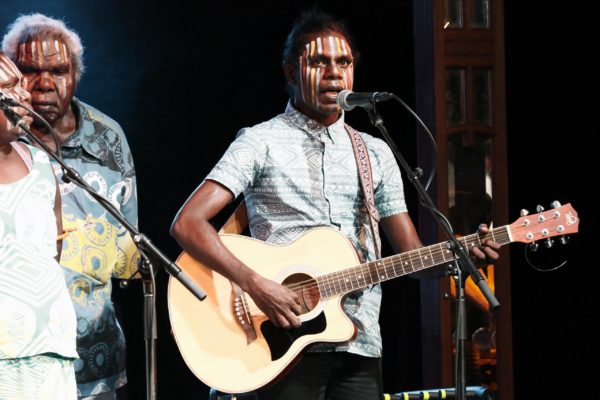 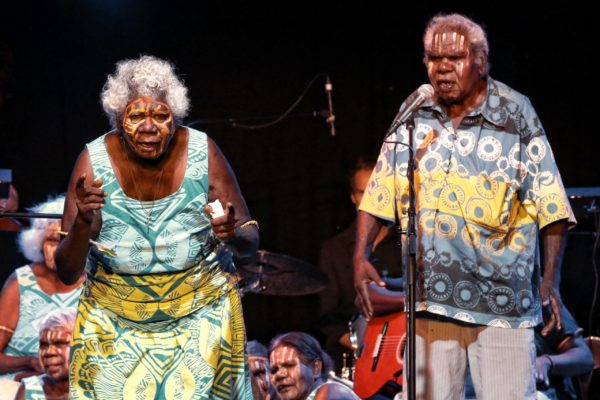 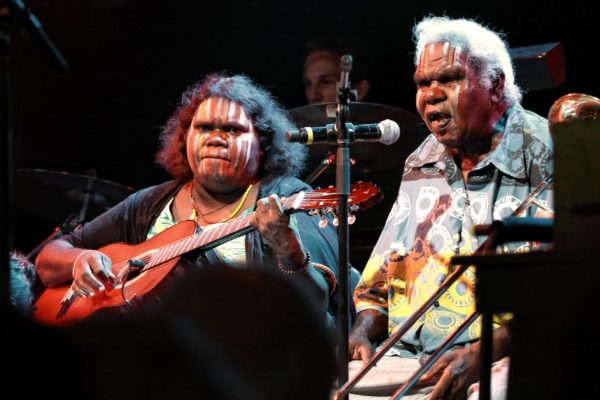 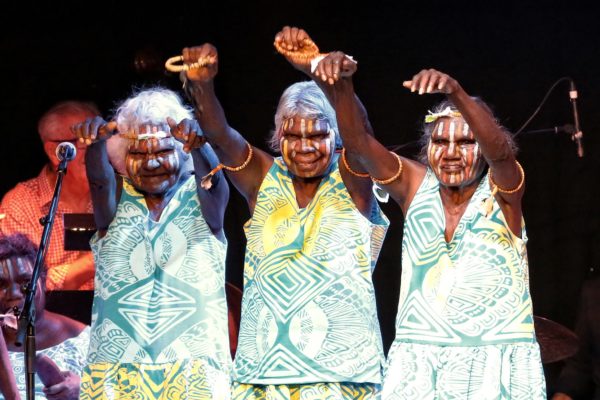 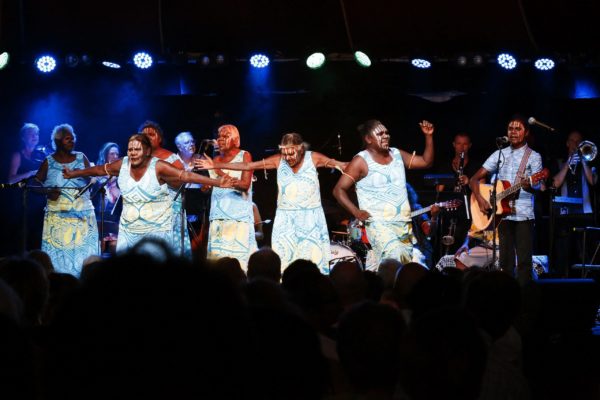 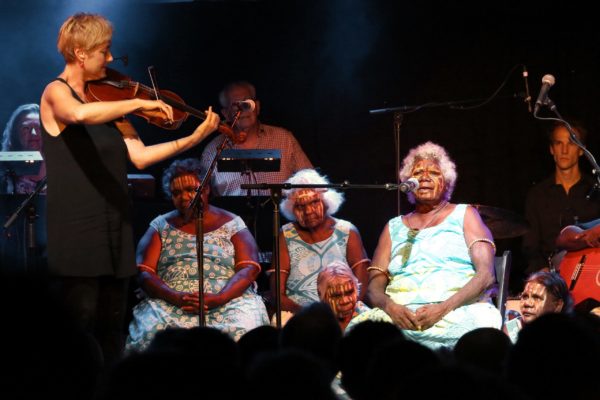 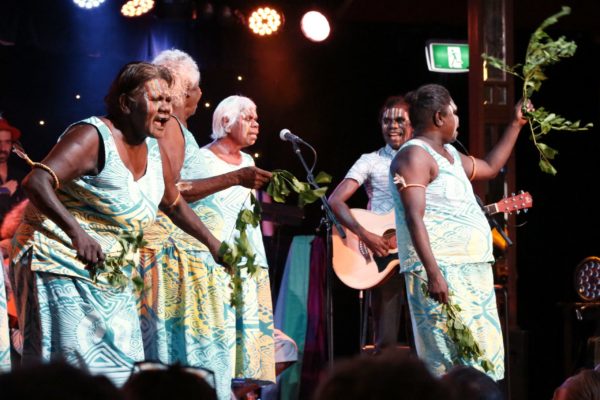 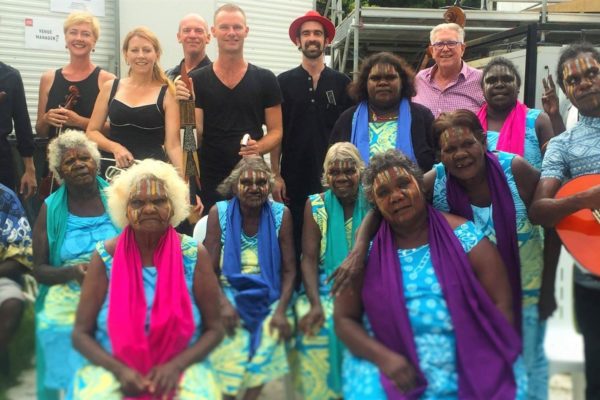 We spent an excellent week in Sydney in January, performing at the Sydney Festival. Our first engagement was a wonderful group dance lesson on Saturday 16th as part of the Sydney Festival Village free family outdoor events. Dozens of people up and dancing Yoi was a great sight and something Sydney-siders rarely see!

On Sunday they performed at the Museum of Contemporary Art in the special exhibition “Being Tiwi”. 250 people, including the general public as well as some Tiwi family and friends (including Sister Anne, who was invited up to dance too) crowded in to the gallery that was lined with Tiwi artworks. It was a very special occasion, with Tiwi art, Tiwi fabric designs, Tiwi song and Tiwi dance all in the same room together! We also attended La Boheme at the Opera House, as invited guests of Opera Australia. It was very interesting to see a big opera production and hear such amazing voices. It was nice being treated like VIP guests too! 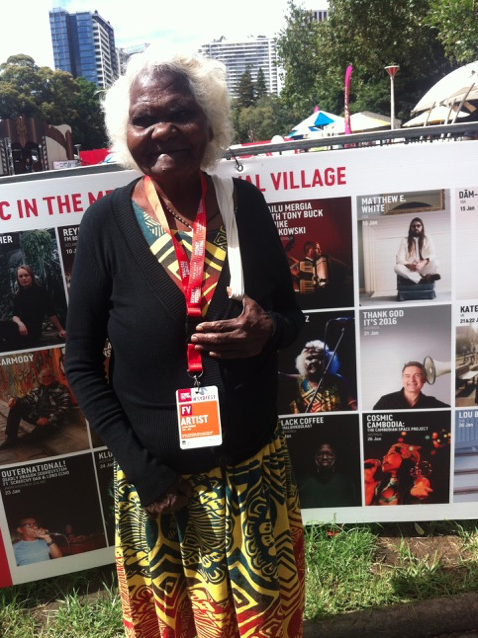 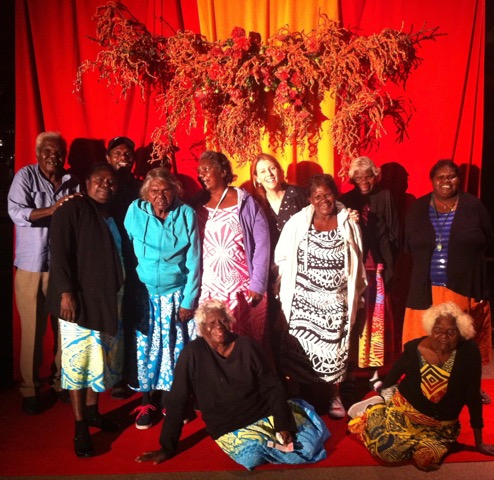 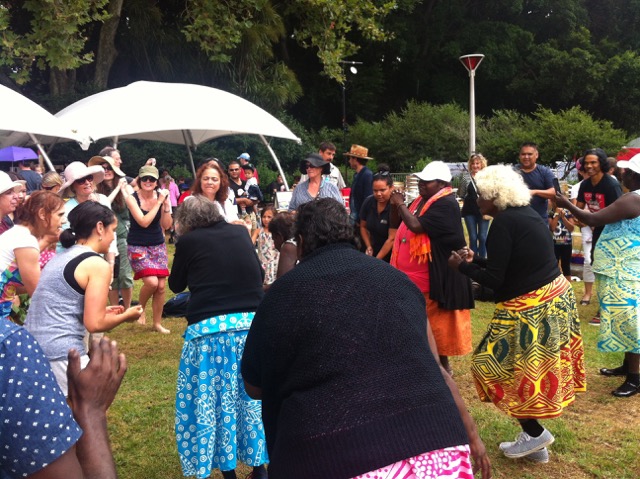 Monday was an all-day rehearsal with the Sydney band, deciding which songs to sing and practising how we would incorporate the archive recordings into the songs. We played old recordings from 1912, 1928, 1954 and 1975 with instrumental and vocal arrangements. It was starting to sound pretty good! It was a busy week with sightseeing, rehearsals and even a few radio interviews to do at Kinderling children’s Radio, Koori Radio and ABC Radio National. The main performance was ‘Tiwi+Jazz’ at the Magic Mirrors Spiegeltent for the Sydney Festival. It was officially sold out! The audience loved it and were up on their feet dancing to jazzed up Yoi. I have already had very positive feedback with a number of people saying it was the highlight of the Festival. Thank you to Eustace, Teresita, Mary Elizabeth, Calista, Leonie, Jacinta, Regina, Cynthia, Karen and Francis for your hard work and wonderful performances.