Traditional Tiwi songs are given a new groove in a collaboration that brings together the music of Bathurst Island, Nothern Australia and the sounds of contemporary Jazz, Blues, and Swing 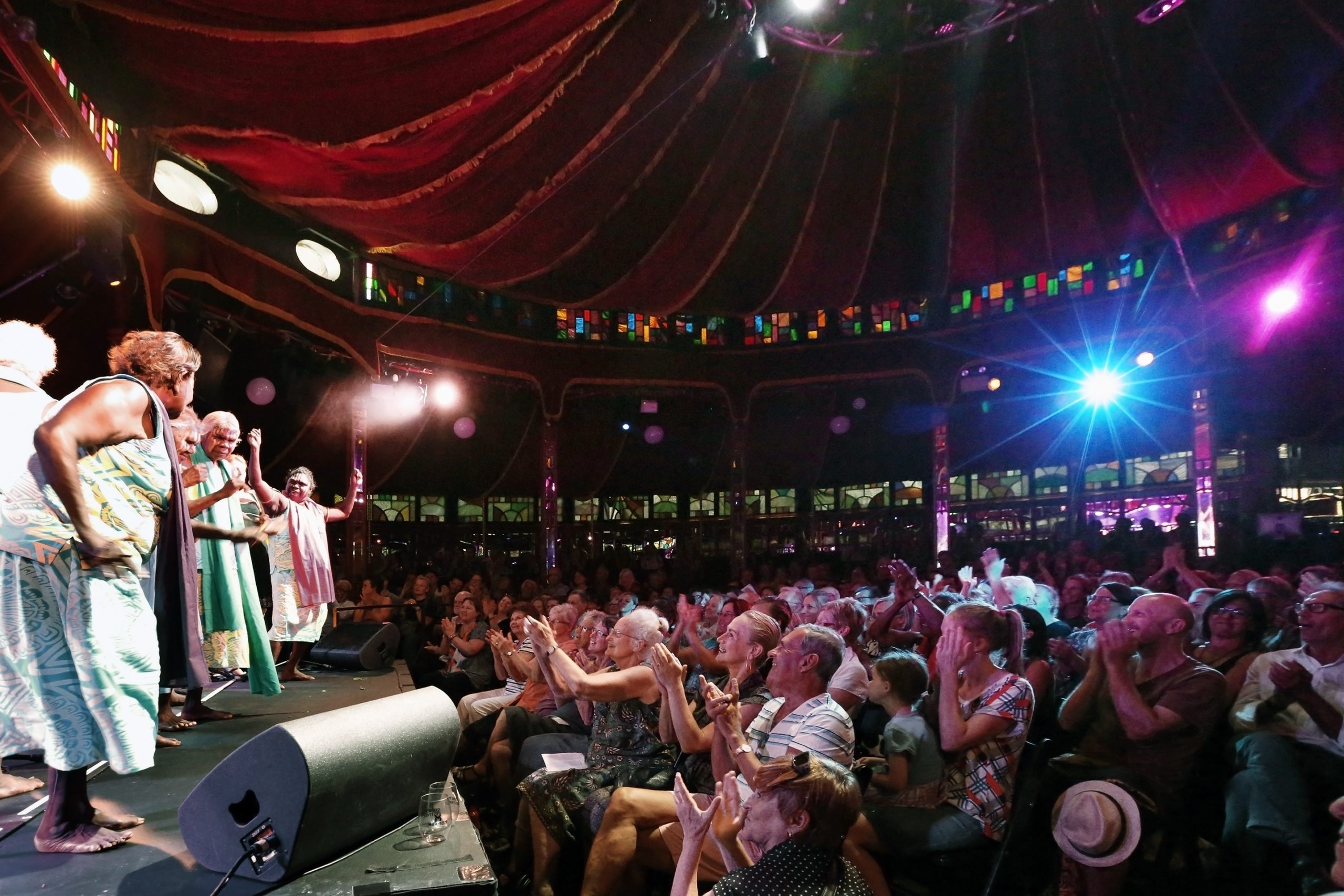 Some of the old ladies involved in Ngarukuruwala, who feature in the music and photos on this website, have recently passed away. As the name, images and recorded voices of people who have died can cause distress to family and friends of indigenous people, we ask you to take care and show respect in the way you use and share the content of this website. You also may find some photos have been temporarily removed following the wishes of family. Thank you

The main township on Bathurst Island has long been known as Nguiu. It has very recently been renamed Wurrumiyanga. In order to respect all members of the community in this transition phase we will use both names on this site.

A sold-out show in the Magic Mirrors Spiegeltent on January 20 was the highlight of a fabulous week in Sydney! Go to the Sydney Festival 2016 page in our menu for more info and more pics, taken by Prudence Upton for Sydney Festival. 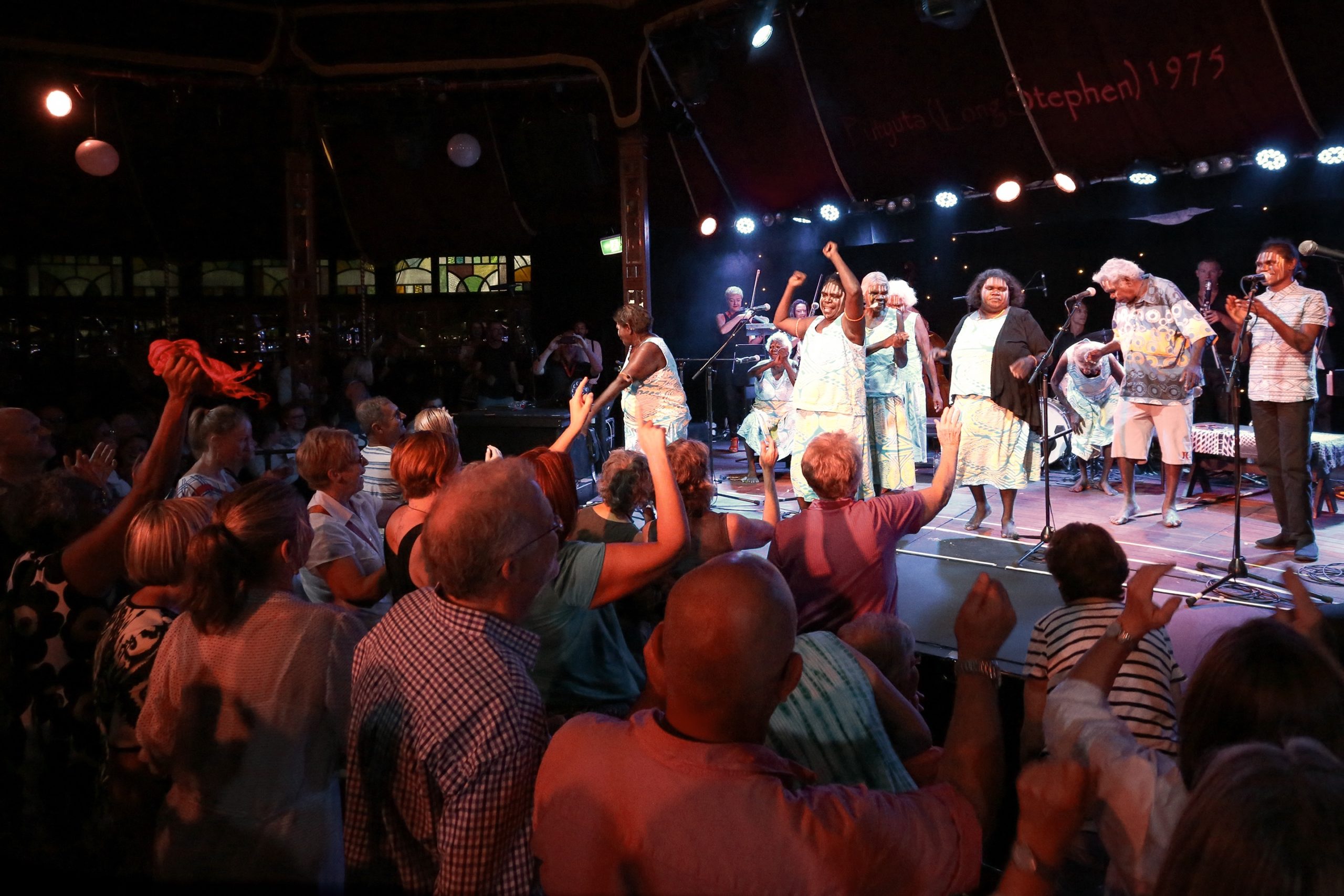 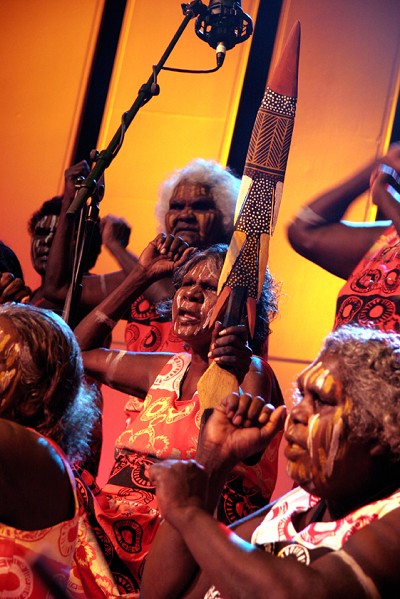 How music brought us together

The idea for this project started in early 2007 when we thought it might be fun to put all of our music together just to see what would happen. The journey since then has been one of song, laughter, friendship and sandfly bites. On the face of it there’s perhaps not much in common between the main street of Nguiu and the inner city of Sydney, but we’ve found, having talked and played and sung and danced together that in many ways we are coming from the same place.

Recently we were asked to describe the project – what is good about it and what we want to achieve with it. After going around in circles trying to express in words the strength of songs, the connection between past and present, young and old, Tiwi and not, we women decided to represent it in a picture instead.

The central, upper image is the tunga (basket) that is symbolic of women in the Tiwi community. This is the starting point of the project. The spear symbolises the men at their side. The smaller tunga and spear represent the younger generation of women and men, girls and boys. The circular design below symbolizes Jikipayinga (a symbol meaning music) and the conduit through which the women and the band are connected.

It then connects to the group meeting with the band and women in collaboration. The footprints walk in both directions between the women and the band, signifying the two-way nature of the learning and interaction we experience in rehearsals. The old songs (represented by the ceremonial pamijinni armband on the left) are connected to these as are the new songs (represented by the ‘new sun’ floor mat on the right). 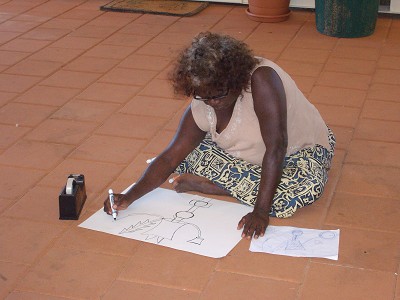 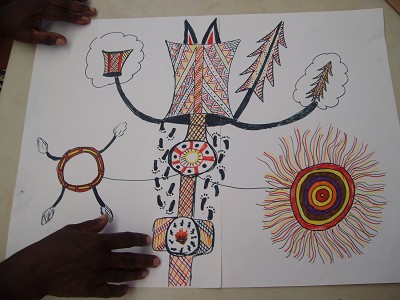 These two images also portray the past and the future, connected by the music, the women and the collaboration. This collaborative depiction is mounted on a pukamani pole which signifies respect to past generations and highlights the importance of the collaboration to the preservation of songs in the community. Designed by the group of women attending a discussion in June ’09 and drawn by Augusta Puangatji, we think it most clearly says what we are doing.

Listen to our Music

Each new track was recorded and mixed with an old recording, resulting in a contemporary re-engagement with the song, the (deceased) singer and the recording itself. The songs were chosen for their musical and poetic quality and cultural, emotional and historical significance to the Elders. 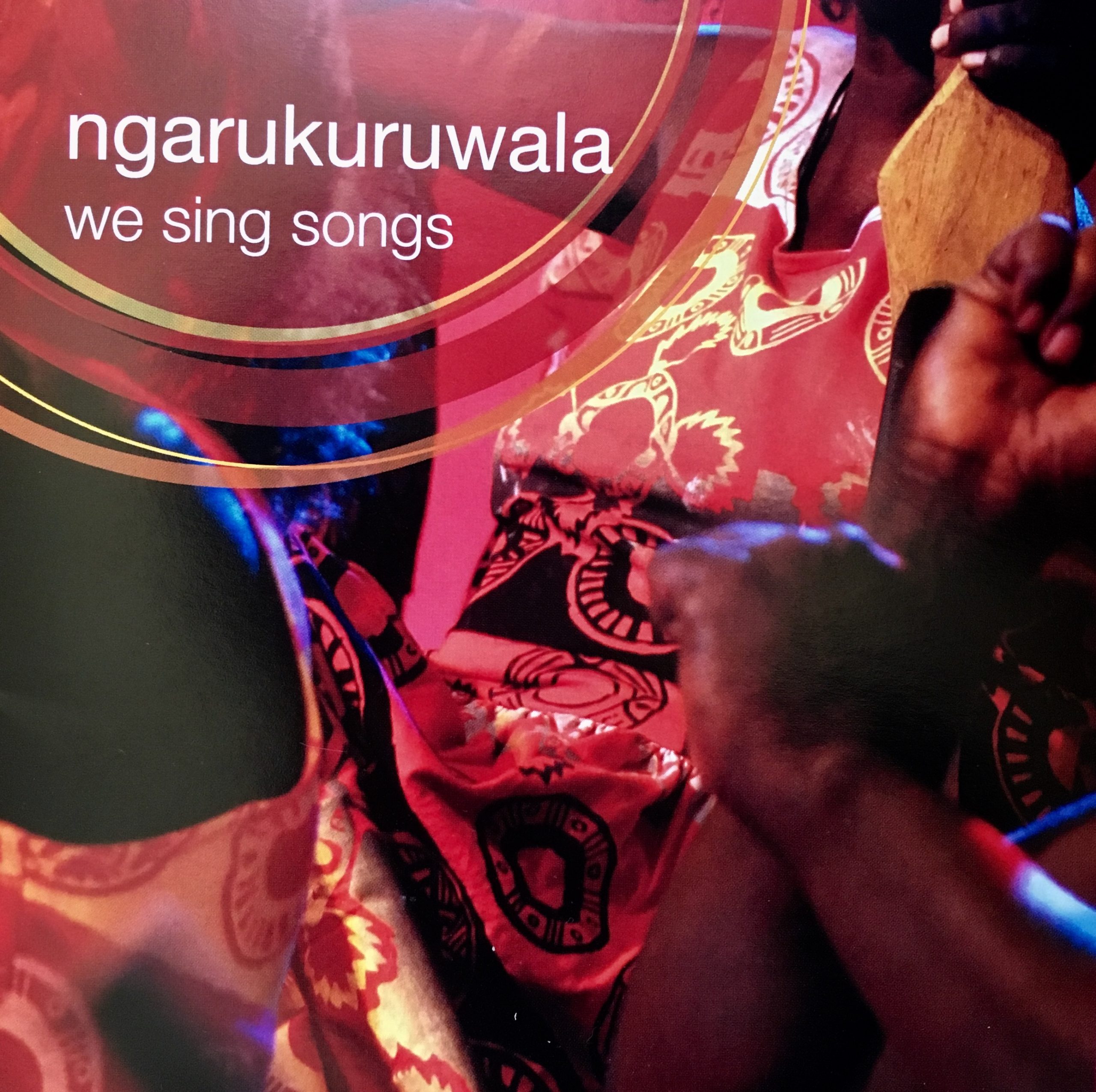